Sanctified by Word OR Conformed to World? 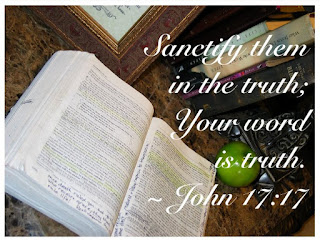 Mereas, have you been introduced to the Truth of your personal sanctification?

Do you not know that friendship with the world is enmity with God? Whoever therefore wants to be a friend of the world makes himself an enemy of God. (James 4:4)

Slow down James!  That’s a little harsh, don’tcha think?  I don’t think my head can handle such a beat-down!

James’ fiery passion for The Living Word is equally invigorating as it is injurious to your inner man.  Or is that just me?

As a modern day American, how can your spirit not squirm at this indicting statement?   The struggle ensues however, as the Ruach HaKodesh within disentangles us from the rottenness of this world of which we do not belong.

Now we have received, not the spirit of the world, but the Spirit who is from God, that we might know the things that have been freely given to us by God.

James’ compassion for the people of God and his passion for the Word of God compelled him to relay that the subjective effects of dispersion creating chaos in my mind is caused by my friendliness with the world.

Yep.  I’ve never heard of a surgery that didn’t involve some sort of pain.  It has to be this way.

We are either being SANCTIFIED by the WORD or being CONFORMED to the WORLD.

One of two WILL BE happening everyday.

The average Follower today, I’m afraid, has a case of the lazy brain.  Wouldn’t you agree?  I’m just sayin’ because it’s a far easy task for me to grow lax in the study of God’s Word.   Frighteningly easy.  Like breathing.

Let’s go back to the original inspired writings in The Book for a quick lesson on who we are as children of ADONAI.

The word translated ‘Church’ in our Bibles is ‘Ekklesia‘.  ‘Ek‘ meaning ‘from, out of’ and ‘Kaleo‘ meaning ‘called’.  Thus, the correct and original rendering of this word ought to be:

For, it is ADONAI Who called us OUT OF the world through Yeshua the Pesach (Passover) Lamb just as HE called the Israelites out of Egypt!

This is important because our lazy brains automatically think of ‘Church’ often as being a building, a service or a (passive) organization rather than the active living Organism she actually is.

Our perceptions of who we are hold sway over what we do.  It’s that simple.

What does being part of the ‘Called-Out Ones’ mean for me?  For you?

What would happen to your theology if you referenced your local community of Christ- Followers as ‘The Called-Out Ones’?   How might recalling that you are part of the ‘Called-Out Ones’ change your daily behavior?  Works?  Your mission to stay ‘set-apart’; to be ‘IN’, but not ‘OF’ this world?

The danger of not seeing and referring to yourself as ‘Called-Out’ is that your old man is naturally inclined to see yourself as part of the world you see (by implication of your behaviors)…which could not be further from the Truth.

It certainly changes my perspective AS I THINK UPON my being CALLED-OUT.

Fathom this.  As Yeshua Adoneinu (Jesus, our Lord) SHOOK UP the globe with His nail-scarred Hands, HE began to SET-APART a people unto Himself.  HE separated that HE (The Word) might sanctify.

The Way to sanctification is to set up tent in The Word.  The Way to realizing what being ‘Called-Out’ means is to read, meditate, abide and savor The Word of God…for it is by The Word of ADONAI that men truly live.

Having our minds sanctified by The Living Word produces the hard evidence that we are truly Yeshua’s Called-Out Ones.  His Talmidim (disciples).

Called-Out Ones, what is your attitude toward YOUR being sanctified by The Word?  Is it a flippant one…or are you taking it with all seriousness?  Because…

…friendship with the world is enmity with God. Whoever therefore wants to be a friend of the world makes himself an enemy of God.

Ouch.  I really needed that.

“A Plea for Heart Devotions and Head Study”